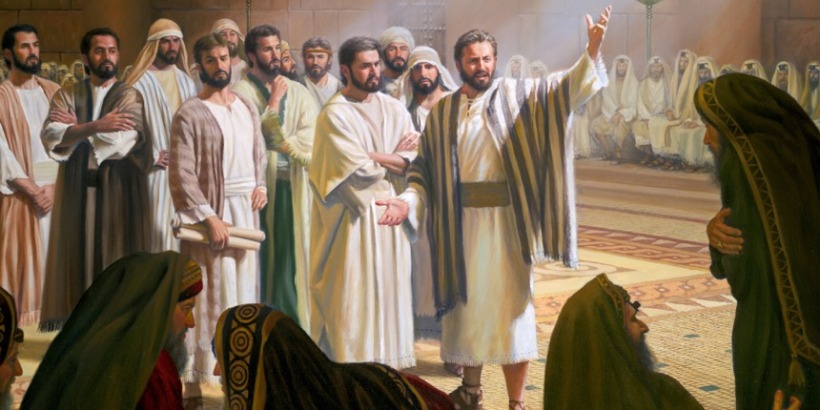 13 Now when they saw the boldness of Peter and John, and perceived that they were uneducated and untrained men, they marveled. And they realized that they had been with Jesus. 14 And seeing the man who had been healed standing with them, they could say nothing against it. 15 But when they had commanded them to go aside out of the council, they conferred among themselves, 16 saying, “What shall we do to these men? For, indeed, that a notable miracle has been done through them is evident to all who dwell in Jerusalem, and we cannot deny it. 17 But so that it spreads no further among the people, let us severely threaten them, that from now on they speak to no man in this name.”

The Word of G-d is full of story after story about how the attempts at oppression, in all of its forms of ugliness, tries to keep the words of the Gospel, the Atonement, and the Resurrection from spreading,  but Jesus has already told us that His words will not pass away (Matthew 24:35) and that He speaks that which the Father has told Him to say (John 7:16).

Let us be reminded, particularly, of the story of Bartimaeus, who cried out all the more when the crowd tried to stop him. He was so loud that he actually got Jesus’ attention, and was healed on the spot. (Mark 10:46-52).

In this hour of wretchedness and disease, the human need to control things, combined with faithlessness and false worship, has stirred the hearts of men to frustration, fear, despair, anger, hate, defiance, and rebellion.

Their faith has been placed in those who haven’t the knowledge, skill, or motivation to seek wisdom in counsel to plan or lead. Their hearts are made weak and their minds fearful by agenda driven programming, and in the meantime the crisis at hand continues to exact its price among them.

Let us be as the sower of seeds, in truth, boldness, and faith. For those who can, let us be in the makeshift pulpits of our surroundings, at our keyboards or on stage, and sow that into the fields to let the Holy Spirit bring to the Father those He has called out of the world.

For those who have no such training, ask G-d for boldness to be a light on a  hill where you are to those around you having restless, fearful, and angry spirits. Cry out all the more when they come against you, and having done all you can, stand in faith on the promises of the living G-d (Ephesians 6:13) Bring to mind, should you see yourself a grasshopper in your own eyes, these Apostles, uneducated and untrained, taught by a Rabbi who never studied, yet astounded them with His teaching.

In this, the hour of our visitation, let us be stirred to be one of accord, rejoicing in faith and not fear that You have given us this opportunity to be sowers of the seed of Your salvation, that we might be reconciled to the Father before His restoration of all things in the new heaven and new earth.

Before the throne, we humbly ask to speak the Word with boldness before a wicked, adulterous, perverse generation that mocks, scorns, and falls away. Let us follow fast our Shepherd, that we will not be stand in the presence of the ungodly, scornful sinners.

Today, we seek Your presence Lord, that we might fellowship with You in a time of refreshing. The path to the other side of a dark hour is emerging, but is not finished yet.

But we too, are sometimes frail of heart, timid of will, and shouted down. Help our unbelief, Lord, and strengthen us. Stretch out  Your hand to save us from the distractions and destroyers of our faith that allows us to step out and come to You in the midst of the storm.

It is good that we are uneducated, untrained, and unfruitful, so that when Your power is manifested through us, we can’t boast of our own strength and wisdom. Our legacies of ministry, however humble, however obscure, belong to You. They will be the only works that withstand the power of the testing fire in the day of judgement.

Until then, we abide here, witnessing the coming of a new age, watching Your prophecies begin to come to pass, and we pray that we are counted worthy to be profitable servants in whatever way You would have us share the message of salvation, that we might enter into our Father’s rest.

In righteousness, peace, and joy may we honor You. 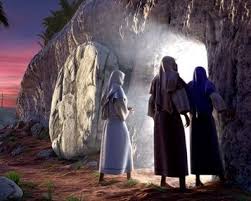 28 Now after the Sabbath, as the first day of the week began to dawn, Mary Magdalene and the other Mary came to see the tomb. 2 And behold, there was a great earthquake; for an angel of the Lord descended from heaven, and came and rolled back the stone from the door, and sat on it. 3 His countenance was like lightning, and his clothing as white as snow. 4 And the guards shook for fear of him, and became like dead men.

5 But the angel answered and said to the women, “Do not be afraid, for I know that you seek Jesus who was crucified. 6 He is not here; for He is risen, as He said. Come, see the place where the Lord lay. 7 And go quickly and tell His disciples that He is risen from the dead, and indeed He is going before you into Galilee; there you will see Him. Behold, I have told you.”

8 So they went out quickly from the tomb with fear and great joy, and ran to bring His disciples word.

The Women Worship the Risen Lord

9 And as they went to tell His disciples, behold, Jesus met them, saying, “Rejoice!” So they came and held Him by the feet and worshiped Him. 10 Then Jesus said to them, “Do not be afraid. Go and tell My brethren to go to Galilee, and there they will see Me.”

At some point we’ve learned throughout the years that women were not credible witnesses because of cultural and sexist matters to extensive to get into here, but what we do know is that where these women sought Jesus, He wasn’t there, and it was He who found them.

Those who have doubts, questions, fears, and feelings of unworthiness, does He not tell us to come to Him? (Matthew 11:28)

Then the trio of Mary Magdalene, another Mary, (the mother of the disciple James), and Salome, brought spices. Before this, Mary Magdalene and Mary had seen Jesus put into the tomb. (Matthew 27:57-61)

To what extent they heard Him prophesy His resurrection, we don’t know. Likely they hadn’t, since these came on the third day to find the angel there, and the Lord risen. Or if they did, had no more understanding of it than the disciples. But the angel tells them it was as Jesus said, and they depart from the tomb with ‘fear and great joy.’

In modern times, there is a rebellion against patriarchy, but it was G-d’s system for provision and protection of women and children. It was the men called to go up the mountain to meet with G-d in the Songs of Ascent. It was, unfortunately, also men who turned the system into one of abuse and disenfranchisement of their helpmates, but it was not intended to be that way.

Today, if at all possible, let us as followers of G-d and heads of households bless the nurturers of our children and the caretakers of our homes. We are admonished to love them as Christ loved the church. (Ephesians 5:25-28)

Christ will meet them on the road, and they will rejoice.

We are thankful, indeed, humbled, that You bother to look for us in our wretched states to present us to the Father as blameless for indulging in sin of all kinds, sometimes willingly.
We thank You for bringing us the helpmates we need beside us, committed to us in heart as they are to You in spirit, blessing us in the establishing of our houses and legacies.

Today, we repent and ask Your forgiveness if we have twisted Your Word to make unwilling slaves and objects of those who have pledged their love to us, believing in faith that we told them we have found what is good.

We ask a special blessing of strengthened union. Help us to minister to them as You did, when they need us. Help us not to hold them guiltless, and to not forsake ministering of their needs as we provide and protect.

As we ascend in prayer to commune with the Father, impart to us Your strength to carry out His will for our lives, and that of our families.

Let us follow Your example of love, mercy, grace, and respect as we live out our days together, letting no enemy through the gates to tear apart that which G-d has joined together through love, commitment, and faith in You. Let us not be breakers of vows, or swearers of oaths, lest we be proven liars before the judgment throne.

Let us rejoice that You are in the midst of us, departing with fear and great joy from that which would entomb us in sin with Your enemies.

May it be done to us as You have said.