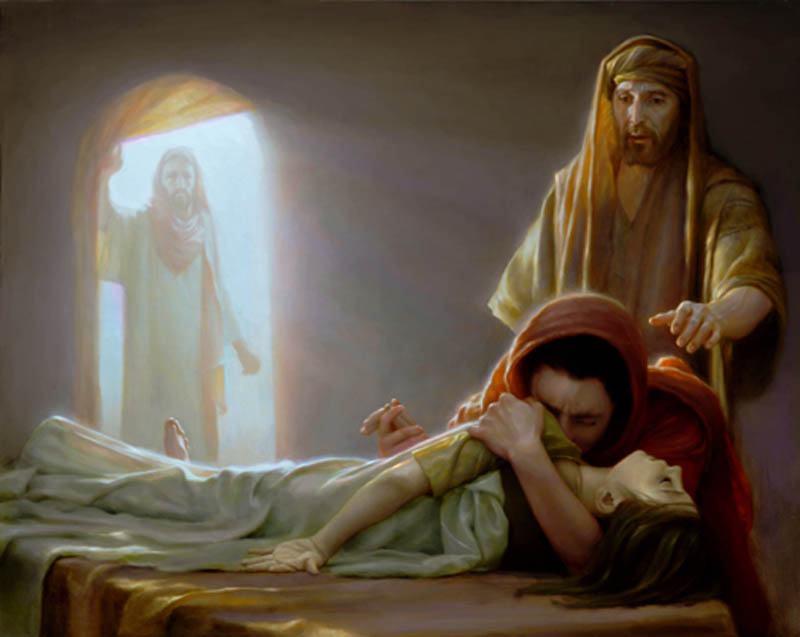 13 The God of Abraham, Isaac, and Jacob, the God of our fathers, glorified His Servant Jesus, whom you delivered up and denied in the presence of Pilate, when he was determined to let Him go. 14 But you denied the Holy One and the Just, and asked for a murderer to be granted to you, 15 and killed the Prince of life, whom God raised from the dead, of which we are witnesses. 16 And His name, through faith in His name, has made this man strong, whom you see and know. Yes, the faith which comes through Him has given him this perfect soundness in the presence of you all…

17 “Yet now, brethren, I know that you did it in ignorance, as did also your rulers. 18 But those things which God foretold by the mouth of all His prophets, that the Christ would suffer, He has thus fulfilled. 19 Repent therefore and be converted, that your sins may be blotted out, so that times of refreshing may come from the presence of the Lord, 20 and that He may send Jesus Christ, who was preached to you before, 21 whom heaven must receive until the times of restoration of all things, which God has spoken by the mouth of all His holy prophets since the world began.

The formula for tragedies, in the classics, is that they’re not something that occurs as a result of happenstance, as we misapply the term today, but are decision based, and the events that unfold from those decisions eventually culminate to a climate that results in a purging, and then there’s the restoration of order, with someone who takes charge of reimposing.

Consider the ending scene of Hamlet for example, who instead of challenging his uncle man-to-man, decides to use subterfuge, resulting in the death of his girlfriend, her father, his own mother, and himself.

Or Macbeth, who decides to follow his wife’s advice to cut a bloody path to the crown, and loses everything.

Tragedies are preventable. Drivers get into an accident while being distracted by any number of things behind the wheel because they decided that thing was more important at the moment.

They occur because our enemy holds out the promise of something greater, but it never is, and we indulge our selfish desires to our soul’s peril, and the peril of others.

In the day-to-day of our living for and abiding with Jesus, our enemy attempts to stir in us that which would cause us to doubt, backslide, stop praying, and neglect staying in the Word of G-d that we might remain in His favor as we do His will.

The sins of our past replay in our strongest spiritual moments, our happiest times, our most productive years. Yet because we are not without sin, the Accuser points his finger at us from below and says, “Look at this one. Did they really say they love You?”

As this ‘one nation under G-d’ honors Him with their lips, tries to function without His words, works to separate the Son’s teachings from His will, speak of Him with no reverence or fear, it is for those decisions we find the roots of sin, hate, and rebellion taking hold.

Since they hold hatred in their hearts when the faithful won’t compromise or comply with the wills of wealthy, influential religious leaders, the secular rich, the politically powerful, and the corrupt regimes of the day, it is for deciding to remain strong that we may find ourselves in dire circumstances, being sued or even physically assaulted.

We are not just a nation, but a world, building to a tragic climax brought on by decisions of leaders who claim a form of godliness that has no holy power behind it, or gospel truth in it (2 Timothy 3:5)

They’ve given over the dominion of their souls to a world that isn’t theirs, accumulating possessions they can’t take, and fruitlessly hoarding that which the Father has said to freely share, since it’s all His anyway (Psalm 24:1, Haggai 2:8)

We were given the strength, power, and intelligence to subdue the Earth, but we were also to be stewards. We decided to be wasteful, negligent, and exploitative.

Yet it was prophesied to us by Jesus that these things not only will be, but must be.        We were never supposed to be separated from the Father in the first place, and as He loves us, there has to be a restoration of order from the human tragedy.

It was no accident Dante named his book “The Divine Comedy.”  In a comedy, in the classic sense, all turns out well in the end; there is joy, laughter, and relief from strife.

Jesus tells us there will also be renewal, and no more separation. (Rev 21:1-4)

As the time draws near, the assailants of the faith come from the pit to surround us once more with their taunts, their mockery, their scorn, their temptations, and their faithlessness.

The serpent shouts at night and thrashes about to destroy the fruit of our gardens, for he knows his own time draws near.

In our frailty, like Peter stepping out of the boat, we sometimes take our eyes from You as we look in fear at the swelling of the tidewaters that threaten to turn us over and send us to the bottom of ourselves once more.

We increasingly engage one another in hate, fear, misunderstanding, and selfishness to preserve our own ways, our own beliefs, even our interpretations of what You’ve told us, and blindness takes root in our spirits so we can’t see we are not, in fact, following the Narrow Way at all.

Our decisions do not align with our confessions, our proclamations, or even our actions. Restore us once more, Lord, that we may have hearts of wisdom, spirits of discernment, works that bear fruit and glorify the Father, eyes that don’t look on wickedness, and minds that are stayed on You.

We confess and repent of the tragedies that were caused by us, forgetting who we were in You, and disregarding that we are. and will be, held accountable.

We present our fallen beings before Your holy presence for the cleansing of our sins, the refreshing of our spirits, the renewing of our minds, for receptive hearts of good soil,  boldness to proclaim the Gospel to every nation, and strong hands to sow, plant, and water as the Holy Spirit leads.

We ask that you again intercede for us to the Father for the wrong we’ve done to ourselves and others. We receive again, in humility and reverent fear, the covering of Your blood under the covenant of grace.

Restore us to all things concerning the kingdom of Heaven, and to Him who made and loves us all, Our Father.

May it be done to us as You have said.